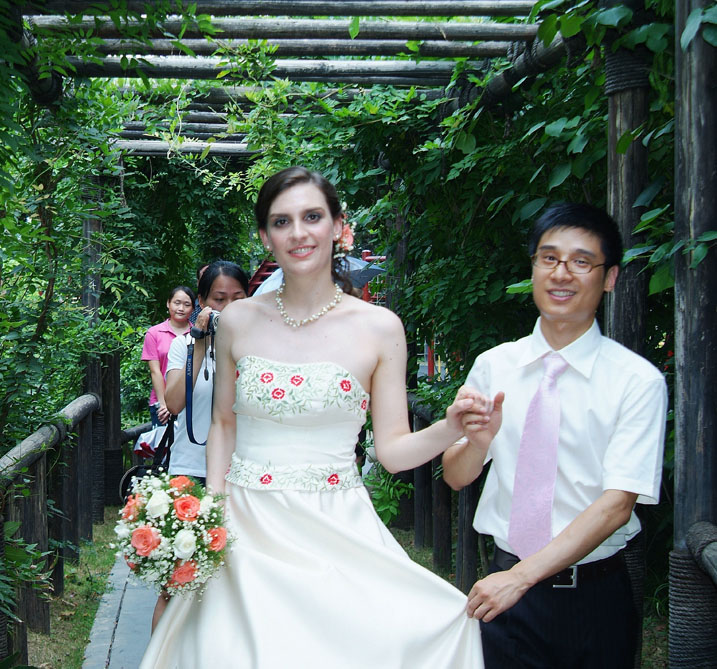 A couple weeks ago, I happened to share a Global Times article titled, “When a Chinese Man Loves a White Woman”, which mentioned me and this blog. Naturally, it generated some conversation on social media. One of the comments came from a guy, asking why the author hadn’t mentioned the preponderance of male foreigners as a reason for the rarity of couples of Western women and Chinese men in China.

For those of you who don’t know, approximately 75 percent of the foreign population in China is in fact male.

It would be tempting to point to this gender imbalance as the primary explanation for why couples of Western women and Asian men are such a minority. But if you did, you’d be missing the big picture.

After all, this gender imbalance fails to explain why there are so few AMWF couples around the world, and why even Chinese American men don’t feel the love from their fellow Americans (see the essay “Are Asian Men Undateable?”). If Asian men who were born and raised in the West have it tough in the dating world, we could hardly expect better for Asian foreign men who come to the West for work or education.

The reality is, prejudices and stereotypes are slow to fade. Even 50 years after the Loving versus Virginia US Supreme Court decision, interracial couples still feel the sting of discrimination from their fellow Americans (as reported by NPR). Meanwhile, Hollywood has an abysmal record when it comes to featuring interracial romance on the screen overall (and we’re not even talking about just AMWF couples here).

It’s going to take a lot more than enticing more foreign women to come to China to boost the numbers of Western women and Asian men in love over here.

P.S.: If you’re wondering why couples of Western women and Asian men are so rare, have a look at On the Rarity of Foreign Women and Chinese Boyfriends/Chinese Husbands. See also my piece for the Huffington Post titled Why Won’t Western Women Date Chinese Men?

18 Replies to “Are China’s AMWF Couples Rarer Just Because Only 25% of Foreigners in China Are Women?”