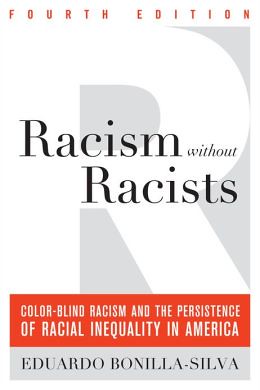 Recently, I’ve been reading this book by Eduardo Bonilla-Silva titled Racism Without Racists: Color-blind Racism & Racial Inequality in Contemporary America. On the chapter regarding white progressives, Silva mentioned the following in his conclusion:

Elsewhere I have argued that whiteness is “embodied racial power” because “all actors socially regarded as ‘white’…receive systemic privileges just by virtue of wearing the white outfit whereas those regarded as nonwhite are denied those privileges. However, the wages of whiteness are not equally distributed. Poor and working-class whites receive a better deal than their minority brethren, but their material share of the benefits of whiteness is low, as they remain too close to the economic abyss. Hence, white workers have a powerful reason to exhibit more solidarity toward minorities than whites in other classes…

…racially progressive women, one after the other, used their own experiences of discrimination as women as a lens through which to comprehend minorities’ racial oppression. It was also clear that their shared class vulnerability with minorities (such as bad jobs and low wages) was involved in their racial progressiveness and it may even be the reason why they were the most likely subgroup of all the whites in these samples to have dated across the color line…

Silva also adds three other factors that may explain this phenomenon: 1) living in more racially mixed neighborhoods; 2) having minority friends while growing up; 3) being politically progressive or radical; and 4) dating across the color line.

I began to wonder if Silva’s conclusions regarding white racial progressives in America could perhaps have any applicability to those white women open to dating Chinese men? Specifically, that more of the white women who date and marry Chinese men come from working-class backgrounds?

Now as a white woman who grew up in middle-class suburban America — with two college-educated parents who both earned master’s degrees — I don’t exactly fit Silva’s profile at first. As for Silva’s other criteria, well, I grew up in an extremely white neighborhood (though maintained close friendships with two Korean Americans) and I am politically progressive.

But then I considered the reason Silva argued working-class whites are more progressive and more open to things like interracial (or cross-cultural) dating — that they receive a much lower share of those “wages of whiteness” compared to other whites. Throughout my childhood until my high school graduation, I endured bullying from white peers and often felt excluded or rejected by society overall. As an adult, I couldn’t even understand people who felt nostalgic for their childhood (in my case, such nostalgia would seem rather masochistic, eh?). While it is debatable how much I was really denied “wages of whiteness” in this process, I was at a vulnerable position in the social pecking order (which may correlate with Silva’s point about “shared class vulnerability”). I wonder if this experience allowed me to feel more solidarity with people who were not white — and even those from foreign countries?

That’s me, but what about white women in China overall? If I had to make a guess I would say most are probably not working-class whites (since travel and relocating abroad is more of a luxury that someone from a working-class background might not have the resources to consider). And if that’s the case, then maybe this could explain in part why so few white women in China seem interested in dating Chinese men.

Do you agree with Silva’s conclusion? Do you think white women from working-class backgrounds — or simply those who have enjoyed a lower share of “wages of whiteness” — are more likely to date Chinese men? And do you also think we’re less likely to run into working-class white women in China, which may explain in part why fewer white women seem open to dating Chinese men?

P.S.: Can’t recommend Racism Without Racists enough. If you’re interested in how modern racism is perpetrated today in the US  (findings which may have some applicability to other Western countries in the “Anglosphere”) you must read this book.

88 Replies to “On Working-Class White Women, Interracial Dating and China”