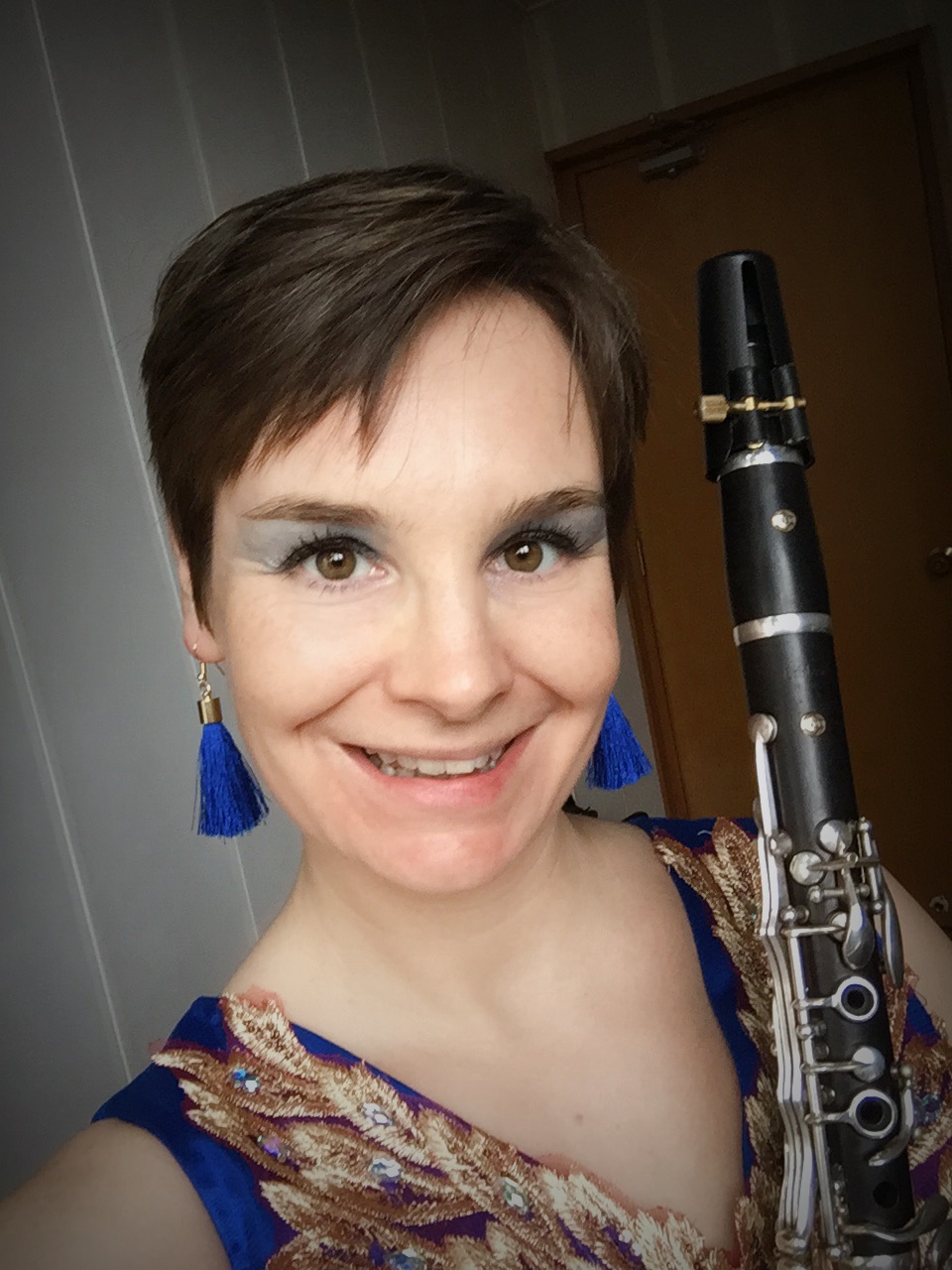 Many foreigners come to China hoping for opportunity and a little adventure. But how many can say they joined a symphony orchestra here? Or ended up running a music school in China?

For clarinetist Joke Tummers, China adventures mean making beautiful music with others (including her husband Haiwen, who manages the JT Music Academy along with her). I talked to her to learn more about how China shaped her career as a professional musician and later entrepreneur/instructor.

Here’s her bio translated from the Netherlands group blog China2025.nl:

Joke Tummers has lived in Guangzhou for 8 years. The first five years she served as an associate clarinet in the Guangzhou Symphony Orchestra. After the birth of her first daughter, motherhood and orchestra proved not to be a good combination. After a short break and the birth of her second daughter, it was time for a new challenge. She and her husband took over a music school. Joke is now the artistic director of the JT Music Academy where she also gives private lessons.

Tell us about how you and your husband first met.

We met in Holland at my part time job a youth hostel. I was in charge of giving residents an evening snack and doing the dishes afterwards. Haiwen had just arrived at the hostel to start his job in the area. The company had given him the choice between a hotel and the hostel where I worked at. They told him that it would be much easier to make friends and meet people at the hostel. Hahaha, prophetic words!

I was urging the residents to eat a bit faster as I needed to go to a rehearsal of my wind band because we had a concert the next day. Long story short: Haiwen came to listen to the concert and we started dating soon after.

How did you and your husband come to move to China?

I was finishing up my Master of Music studies in Amsterdam when Haiwen suggested we go to China. He felt he had been abroad for a long time already (he studied in the UK before coming to Holland) and he wanted to return to Guangzhou.

I on the other hand was ready for some adventure as teaching at a local music school where all classes are only 25 min long didn’t sound very appealing. Orchestra jobs were really hard to get in those days and the situation has only deteriorated since then, with a lot of funding for the arts being cut.

You were the associate principal clarinet for the Guangzhou Symphony Orchestra for 5 years. What was it like?

It was an interesting experience for sure. The cultural differences in how to approach and make music were huge. I’m used to showing up to a rehearsal knowing my parts, but my colleagues saw rehearsal time as their personal practice time. Management was very rigid and that is a big problem in the creative arts, where expression and flexibility are very important. It was very hard to communicate with my colleagues about how to play together better because most players were my seniors and they felt that they didn’t have to listen to me anyway. Music is all about communication so it was really hard for me to play in this stifling structure. After the birth of my first daughter I went back for a few months but decided to quit at the end of the season.

How has China influenced your career as a musician?

In China I got the chance to play in a professional symphony orchestra. Of course it wasn’t always a smooth ride but I still had great experiences. I got to play many repertoire pieces and also played in many different concert halls, both in and outside China. We had many guest conductors and soloists and it was fun to get to know them. As one of the few foreigners in the orchestra I felt a bit like an ambassador so I would always go greet them and welcome them to China. With my colleagues I had a woodwind trio. We played at various locations and even did a concert in Taiwan together. That was a lot of fun.

Tell us about how you came to open your own music school in China, and what it’s like running your own school.

After quitting the orchestra I became pregnant with my second daughter so I was home to take care of her. When she was a few months old my husband and I decided to take over a music school in our area. We didn’t have a specific one in mind but hubby worked his Internet magic and found a school 2 bus stops from our house. We did it this way to avoid having the additional start up costs and also to already have a name and teachers working for us. We added myself into the mix so to say. I teach clarinet, saxophone, flute, piano and music theory. This is a direct result of being in China: in Holland I would have been limited to clarinet only as that was my specialization. I had to get out of this frame of thinking and that was easier once I realized that I would teach the kids more about music and not just the specific techniques of their instruments. The added benefit for me personally is that my teaching days are very varied, just the way I like it.

It is rewarding to run the school and to teach kids at a level they cannot easily get outside of our school. Since woodwind specialists are quite rare over here I’m in a good position to attract eager students. It helps that I speak Mandarin as some kids aren’t comfortable with English. Of course there are also parents that are happy that I can teach their kids in English to improve their language skills as well. With a lot of students I use a mixture of Chinese and English. Once I’m sure that their English is quite good, I switch to English only.

What do you think it takes to be a successful musician here in China?

As a classical musician I find it a bit hard to say. I usually join an orchestra or play chamber music concerts that my friends organize, I’m very lucky that way. As with every kind of artistic profession in China the problem is the outward fixation of many people. As long as it looks good, it must be amazing, right? The actual skills seem to be of lesser importance.

I think that some not yet established musicians may feel that they need to be very commercial and only play standard repertoire, preferably with Chinese songs mixed in to catch the attention of the audience. I’ve seen some change though as I went to listen to a contemporary music concert a while back. The music was very avant-garde but the hall was full of people. I thought that this was really cool and I hope that people will start listening to more and different kinds of music.

Thanks so much to Joke Tummers for this interview! To learn more, you can follow Joke on her blog, LinkedIn, and WeChat (JT_22_QK).

5 Replies to “Interview with Joke Tummers, Professional Clarinetist and Music Instructor/Entrepreneur in China”