You could easily call my Chinese in-laws’ home a family farm. There’s a garden out back that supplies the majority of our veggies. Chickens and ducks roam around (and, often, beyond) the front yard. And there’s a guard dog keeping it all together, stationed at the door (and, when we’re eating dinner, under the table).

It’s all a far cry from my childhood home in the Cleveland, Ohio suburbs. And over the years, I’ve learned a thing or two about farm animals.

Here are 5 interesting things I’d like to share with – including the real reason why chickens cross the road (ha ha!):

#1: How to feed a dog scraps from the table, instead of dog food

Back in the US, my neighborhood was a world of golden retrievers, terriers and poodles that lived for those daily helpings of dog food from the supermarket. I couldn’t imagine ever feeding dogs anything else…until I started spending time at my in-laws’ home.

Here, dogs are a mainstay in the house, where my mother-in-law loves them for protecting the house. (Whenever the current dog barks, my husband likes to joke the dog is “on duty”.) But when it’s mealtime, there’s no canned or packaged dog food on the menu. Instead, “Bruiser” (yes, that’s the dog’s name) enjoys leftover bones from the table and/or a mixture of leftover rice/veggies and things like lard, fish remnants, and discarded meat.

Isn’t it odd that, to me, anything but store-bought dog food is unusual? When you think about it, this is how people must have traditionally fed their beloved canine friends. Now that I’ve seen another side of how to feed the family dog, I can’t help but wonder if all that canned pet food is such a good idea.

#2: Shushing the chickens will make them run away

I’ll never forget the first time I heard my mother-in-law saying “shhhhh!” around the house. Who did she need to quiet?

Then I noticed that every time she said this, the chickens would high-tail it out of the room with a glint of fear in their eyes. Like they were caught stealing from the rice stores.

What I’ve learned is that “shhhhh!” sounds threatening to their avian ears, and it’s nearly effective enough on its own to banish them from any room or space. (Sometimes you have to add a hand motion, but they usually get the idea.)

It has become so ingrained in me that I swear if I ever heard “shhhhh” in a library, I might still think of panicky chickens dashing out the door.

#3: Hot ashes can dissolve the most stubborn animal droppings

Okay, okay, so this will probably never end up as a tip in your Good Housekeeping magazine. But trust me, if you have free-range animals around your house – especially chickens and ducks – things can get pretty sticky. (Pun seriously intended.)

Thankfully, when your house happens to have a fire-powered wok (like the family house here) hot ashes are plentiful. Just tip them directly on the pile in question, let it sit for a few minutes, then sweep it away with your broom of choice.

I’ve watched my in-laws do this hundreds of times and it’s almost become second nature to me. Can’t believe it either. Who would have thought that this girl born and raised in the Cleveland, Ohio suburbs would become a pro at tackling animal droppings? 😉 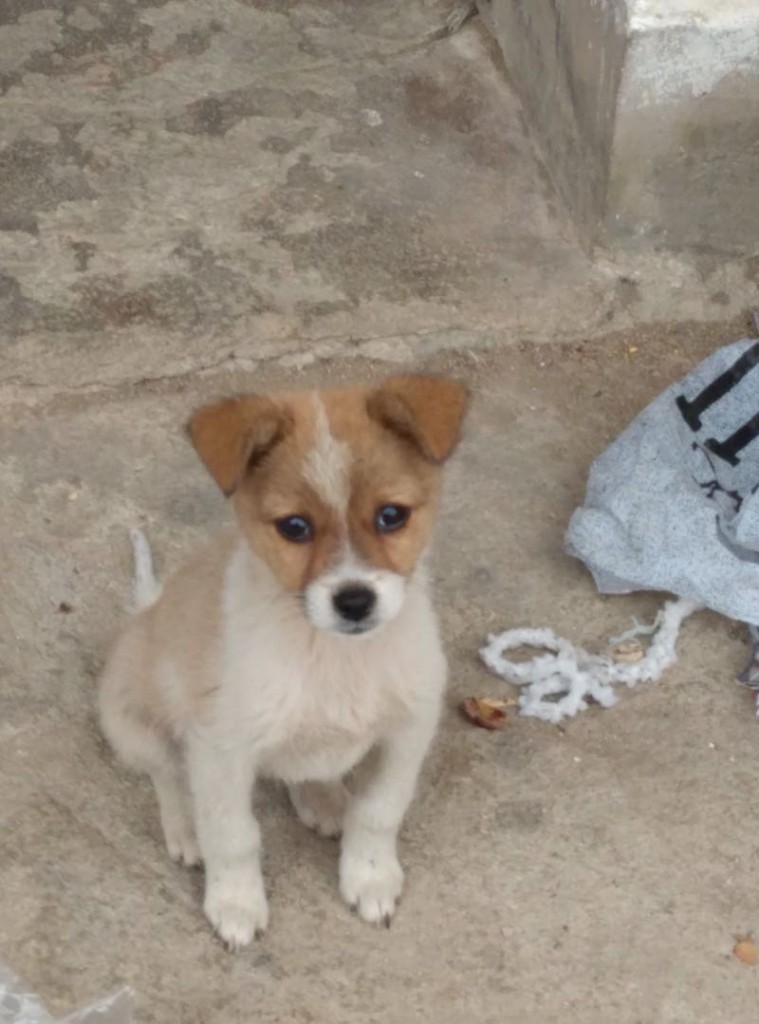 #4: Dogs and chickens can coexist…sort of

No, I swear that’s not a typo. While it doesn’t seem intuitive to keep dogs and chickens together, I know it’s possible because it happens here at my in-laws’ home.

But it can’t happen without a little help and oversight from my mother-in-law. She knows you have to train the dogs. Last year, she had to discipline “Bruiser” a number of times for trying to nip at the free-range chickens. (I also could have sworn that I once caught “Bruiser” with some chicken feathers around the mouth.)

#5: Why the chickens really crossed the road

Who hasn’t heard that time-honored joke? You know, “Why did the chicken cross the road? To get to the other side.”

Well, I’ve seen the chickens here cross the road. A lot. And honestly, I don’t think that’s the entire answer.

I know why the chickens really crossed the road. There’s lots of grass, bushes and trees over there, so they can forage for their most favorite food of all – insects and worms.

Have you ever lived on a farm or a farm-like home? What have you learned about farm animals?