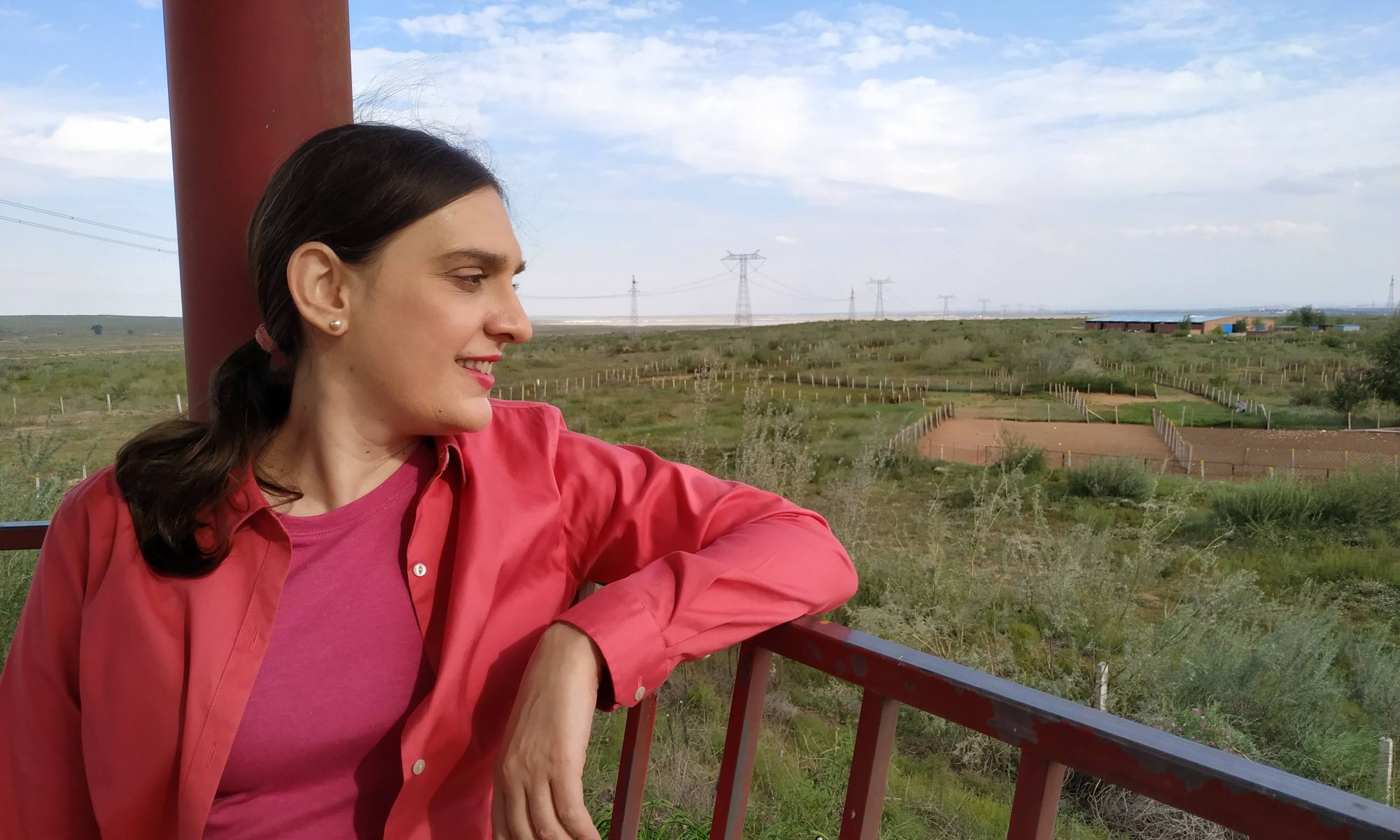 I just returned from a weeklong trip to Ningxia to do a video shoot, where I learned more about how the province is doing poverty relief, with the help of the internet.

Prior to heading to Ningxia, the greatest impression I had of the province was through one of its most renowned agricultural products — goji berries or wolfberries (枸杞,gǒuqǐ).

And, yes, I did get a chance to get up close and personal with goji berries, even enjoying the rare opportunity to pick fresh goji berries right from the plant. (Goji berries only stay fresh for about two to three days after being harvested, so they are generally sun dried into the wrinkly red-orange berries that end up in your kitchen pantry.)

But I discovered Ningxia offers so much more, in terms of specialty agricultural products — and also in terms of how those products have helped power poverty relief by the internet.

First stop — Minning Hemei Factory, which packages and sells direct a variety of local specialty products (including goji berries) which mainly come from Ningxia. All the products are natural with no preservatives, and purchasing them helps support efforts to relieve poverty — including at the businesses that make the products as well as the factory itself.

The factory, built right beside a Hui minority community, hires only Hui people to work for it, and 99.9 percent of the workers there are women.

Hai Yan is the young woman at the factory I got to know. She’s been working there for a year. Before coming to the factory, she was a housewife. And the working opportunity there completely changed her life.

She invited me to experience the factory, which meant getting suited up to dress just like her and the rest of the workers. Love the flowered gloves!

Initially, Hai Yan (standing beside me) worked on the lines in the factory, assisting with sorting and packaging. Here I’m experiencing what it’s like to package goji berries while talking to another woman who works at the factory.

But then, when COVID-19 emerged, the factory changed strategy and decided to train these women to do livestreaming. Most of the women, like Hai Yan, haven’t received education beyond primary school. But they were eager to learn and work hard. Through this training, the factory chose the six best women in livestreaming skills and created a team they dubbed the 巧媳妇 (qiăo xífù), which means skillful wives. And these women take turns doing livestreams throughout the week, where they promote the factory’s products. This is a screenshot from the livestream I did together with Hai Yan.

Hai Yan (standing at front) gave me a quick lesson in how to do livestreaming. Before, she used to be very nervous about livestreams — and now she’s teaching me how to do it!

We did a livestream for over 30 minutes together, where we promoted a number of the products at the factory, including goji berries and black goji berries.

Through the experience, I feel like I made a new friend!

She also showed me around her charming community, with its neat rows of brick houses. Her home is just a five-minute walk from the factory, and so are the schools for her kids. It’s incredibly convenient, and that’s a big reason why so many of the young women love working there.

We also had a conversation at her home, sitting under an apple tree. In my hand I’m holding an apple picked from her tree — so crisp, sweet and just a little tart, which is exactly how I love my apples.

Hai Yan wore her favorite hat. She told me that Hui women, after marrying, should cover their head. Traditionally they would wear a kind of hijab — but nowadays they may also wear fashionable hats too.

Then we ventured out to the beautiful big sky country of Ningxia in Yanchi county, where we visited the Ningxin sheep ranch run by Feng Huan (the man in the white jacket). He raises organic mutton that also helps support poverty relief.

The ranch has a specific flock of sheep raised to support impoverished families, where the proceeds help to pay for school tuition, health care or more nutritious food. And the sheep are sold online through an app, which allows customers to see what the sheep are doing 24 hours a day, seven days a week through the cameras set up all around the ranch.

The sheep are given high-quality feed and daily exercise to maintain an optimal weight, and listen to music each day. All of this care ensures the sheep are happier, which in turn leads to better mutton.

I got the chance to meet a sheep named Princess, who is a pet sheep around the ranch. Given the darling outfit of overalls and red striped shirt, Princess clearly gets the royal treatment around the ranch. She follows the senior man, Feng’s grandfather, around the ranch like a puppy and lives a charmed life (without, of course, worry of slaughter).

I have to admit, I have a soft spot for animals and had so much fun playing with Princess.

I even made friends with a bunch of other sheep, which astonished everyone, including Feng. The sheep usually fear strangers, but they warmed up to me and soon I had an entire crowd of sheep nuzzling my hand. Feng joked that the sheep “gave me good face”.

The landscape, covered in brush and hundreds of different herbs, such as the gorgeous purple huangqi (黄芪, huángqí) or Astragalus membranaceus, brought back memories of some of my favorite trips out in the western US, cruising through the prairie lands of states such as Nebraska, Wyoming and Montana.

I couldn’t help snapping a few shots of the huangqi flowers, which looked dazzling in my favorite shade of purple.

Then we made our way to Xiamaguan village in Tongxin county, home to a factory producing a variety of grains, from oats to buckwheat and more. There I met the factory owner Wang Dejun, who quizzed me on the different grains they produce. I had to guess which name went with which product on the table. (I guessed right!)

And if you’re wondering why I’m still wearing that same purple jacket, it was really chilly that day — and even raining a bit in this very scene.

This factory employs people from impoverished households to help them improve their lives, and also assists poor families by raising crops for them and then giving them the proceeds. The grains they produce get sold directly on the internet through a variety of platforms, including my favorite of Taobao.

Wang took me out to the buckwheat fields, which were so beautiful and vast, surrounded by mountains, that I was inspired to belt out a rendition of the song the “Sound of Music”.

The fields actually sit on a high plateau nourished by the rain, and have never been developed, so they are unspoiled and produce high-quality grains.

Overall, I discovered Ningxia offers so much more than just goji berries, and is also making great efforts to help more people live better lives, thanks in part to the internet.