A year ago we all mourned the loss of Selfie and its revolutionary casting of John Cho as Henry Higgs, wondering if we’d ever see another Asian American man as the object of her affections.

If only I’d known that Crazy Ex-Girlfriend would parade into this Fall’s American TV lineup and pretty much steal the show, featuring a white woman (played by Rachel Bloom) so obsessed with an Asian hottie (played by Vincent Rodriguez III) that she ditches her New York life to follow him to California (West Covina, to be exact).

It’s such a fresh, fun show for television. And even better, there are great arguments for why anyone reading this blog needs to watch (if you aren’t already). Here are my top three reasons you should check out Crazy Ex-Girlfriend:

#1: Crazy Ex-Girlfriend “Always Wanted the Male Lead to Be Asian”

That’s right – from the beginning, the show’s creators intended to cast an Asian man as the romantic lead:

Since Crazy Ex-Girlfriend is set in the San Gabriel Valley, they wanted to make sure the lead and background actors represented the culture. “We always wanted the male lead to be Asian because I grew up with Asian bros, and I hadn’t seen that represented on TV.” Rodriguez, who plays her object of obsession/affection, is Filipino.

In a world where we’re pushing for more diverse casting on TV and in the movies, this is outstanding – and totally different from Selfie. According to NPR Codeswitch, “John Cho wasn’t supposed to star in the My Fair Lady-like ABC sitcom Selfie.”

While we’re at it, given that creator and star Rachel Bloom is white herself, that means she meant to have an AMWF attraction (or, more aptly, obsession) in the show. How cool is that?

#2: For the First Time, an Asian American Guy Is Clearly the TV Heartthrob

Philip of You Offend Me, You Offend My Family tipped me off to this fantastic reason to watch Crazy Ex-Girlfriend:

Yes, the romantic male lead is an Asian American dude. And while rare, we have seen this before—most recently, in last year’s short-lived ABC comedy Selfie where John Cho was the male romantic lead to Karen Gillan–but here’s where Crazy Ex-Girlfriend takes that trope one step further and turns it into something I don’t think has ever existed on a prime-time broadcast network series before: the Asian American guy is the undisputed objection of affection for the white female lead. [emphasis added]

As progressive as a show like Selfie was, the premise is still based on the traditional love-hate relationship between the main guy and girl. Yes, you know the two leads are meant for each other and will eventually get together, but there’s a lot of back-and-forth in regards to how they feel about each other. With Bloom’s character in Crazy Ex-Boyfriend, there is no ambiguity. She is completely obsessed with Josh Chan—he is presented as the epitome of the “perfect” male specimen and she will do anything to win him over.

Josh is Andrew McCarthy in Pretty in Pink—the cool, sophisticated guy that Molly Ringwald has a crush on, but thinks he’s too good for her. When was the last time you saw an Asian American guy playing that role? We’re lucky if he even gets to be Jon Cryer’s Ducky (and yes, there is a Ducky equivalent on the show, but he’s the white guy).

Take a look at this pic of Vincent Rodriguez III. Doesn’t he remind you of that ultimate college hottie? You know, the one all the girls drooled over? 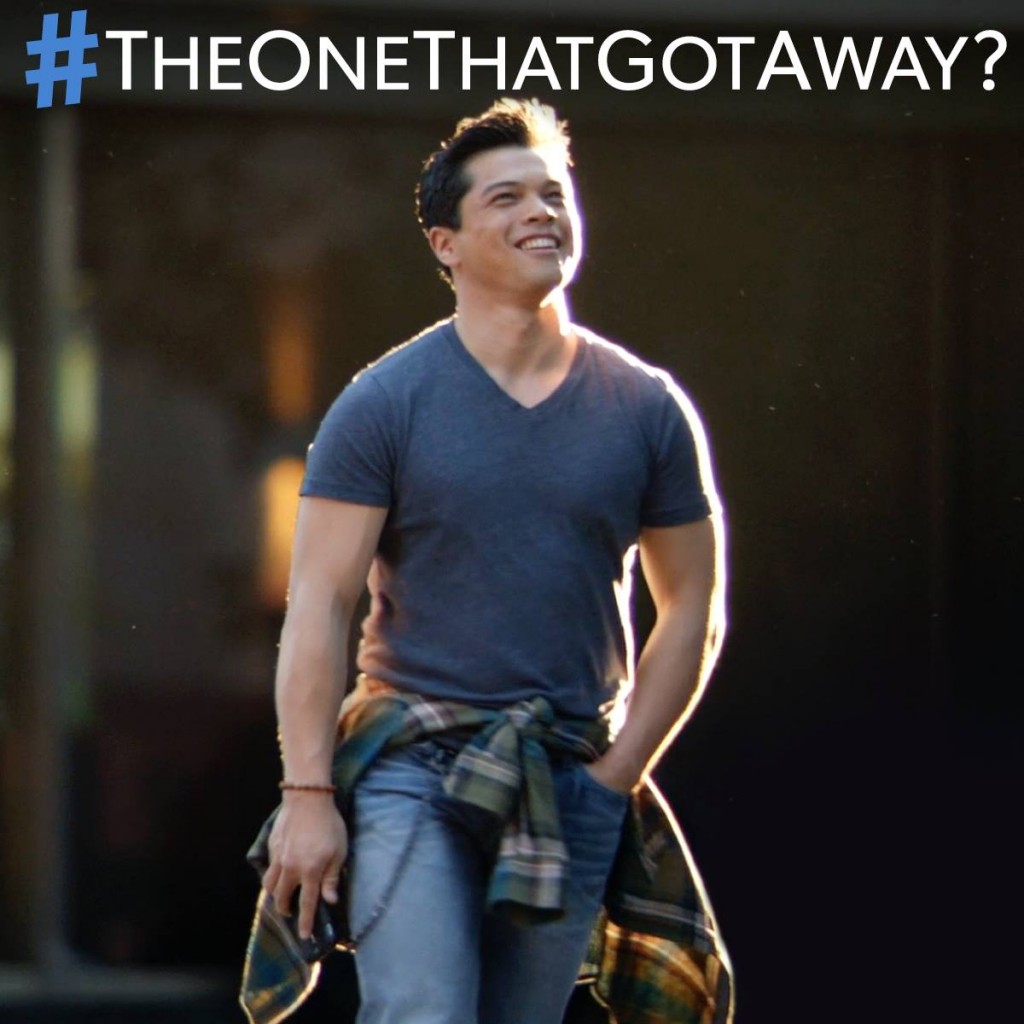 And if you’re still not convinced, then you must watch this clip where he stars as his own boy band. Justin Timberlake, eat your heart out.

Here’s another area where the show excels over Selfie – the critics think Crazy Ex-Girlfriend is actually good TV.

The New York Times applauded the series, saying, “…this is a show about willing yourself, even past reason, to hope. Amid an overly cautious fall crop of network series, it could just be crazy enough to work.”

TV Worth Watching gave Crazy Ex-Girlfriend an A-minus, and said:

In fact, TV Worth Watching’s founder David Bianculli named Crazy Ex-Girlfriend as one of Bianculli’s Best Bets, adding, “If you found, and stayed with, last week’s series premiere, you’ve already seen one of the fall’s best new series.”

Crazy Ex-Girlfriend is that glorious anomaly, a welcome surprise. There’s a running gag in which our heroine Rebecca hears an “I’m in love” bar from South Pacific‘s “I’m in Love With a Wonderful Guy.” I hear it, too…. It’s funny and sharp and perceptive, with an emotional depth and magical attitude that reminds me of other outlier shows like Wonderfalls and Ugly Betty.

Frazier Moore of the Associated Press has great expectations for the series:

IF this series can sustain the infectious abandon of its pilot, and IF it can continue to do justice to the rapturous Rachel Bloom (its star and executive producer), THEN “Crazy” will be the fall’s big crazy breakout hit.

This show has a 96 percent certified fresh rating on Rotten Tomatoes from the critics, plus an 86 percent approval rating from viewers, proving the public loves it too. And if you dare to watch (especially the hilarious and spot-on “Sexy Getting Ready Song”), I can almost guarantee you’re going to become a fan too.

OMG, I just laughed so hard I spit out my green tea. 😉 Seriously, though, you must watch this show!

23 Replies to ““Crazy Ex-Girlfriend”: 3 Reasons You Should Watch this New TV Series”