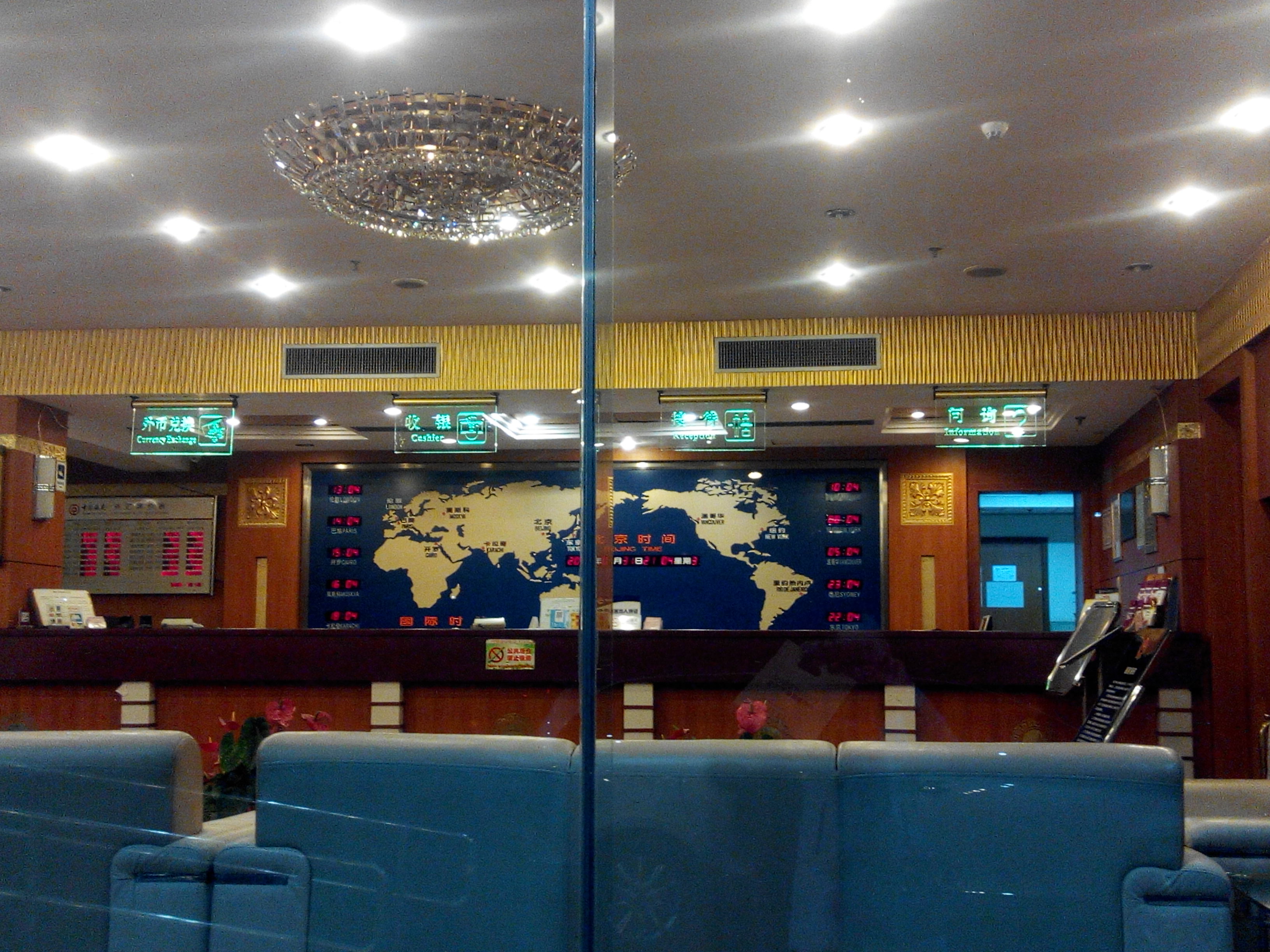 I felt a curious flutter of recognition during an evening walk in my Beijing neighborhood, when my eyes fell upon the reception desk at a hotel just around the corner.

There it was, a world map on the wall behind the desk, pinpointing the major cities of New York, London, Moscow and Beijing in a bronze and black montage that must have been more fashionable when bicycles ruled Beijing years ago.

Even though each metropolitan area displayed the current time, I was thinking of the past – my own in Beijing, a city that was once a romantic getaway for me and my first Chinese boyfriend in the country. A trip where we visited many hotels, whose reception desks were a close replica of the one I saw on my walk.

When I see the local times in Moscow and Beijing flashing across that map, I remember that long, drawn-out afternoon in Beijing when we were faced with one hotel after another, following our overnight journey to Beijing from Zhengzhou, which took nine hours at the time.

Why did we visit so many hotels in just one day? We were determined to find a hotel room we could share together, which seemed mission impossible because every hotel asked for a marriage license we couldn’t produce. With no license, we were forced to visit many lobbies, each fitted with a variation on that world map dotted with local times around the world.

My Chinese boyfriend at the time (who parted with months later) had once traveled to Beijing with a past girlfriend who was from his city, and never had difficulty finding a room for two. How had my foreign face changed the equation? Did they think I was Russian (and not necessarily in a good way)?

It should have taken us only an hour, two max, to get settled into a hotel. Instead, we spent over six hours – eventually settling in a state-owned guesthouse in the Haidian district. With, of course, a world map behind the reception counter.

And the funny thing is, after all these years, whenever I see a reception desk like those we encountered years ago in Beijing, a feeling of nostalgia rises within me. Is it a recognition of the fact that, in a sense, love prevailed in Beijing, in spite of the challenges?

All I know is, it’s fascinating to be back in the great capital of Beijing, this time in love for life — with a husband who still thrills me every single day, and in a country I’m proud to call home.

10 Replies to “On Love, Beijing and My Nostalgia for Hotel Counters With World Maps”