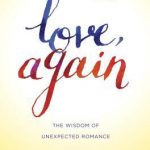 Nerve.com, which remains one of my favorite places for smart writing on sex, inspired me to compile a list of Chinese men who love Western women in the movies (including those who portrayed Chinese men, such as Daniel Henney) and rank them by sex appeal. Now, some of the sexiest guys on this list (ahem, Daniel Henney) didn’t get the highest ranks — that’s because I considered the kind of sex appeal they conveyed through their characters in specific films (and not just, say, their hot washboard abs).

I file this one under Yangxifu Pride — because who in our community wouldn’t be proud to know we have some seriously sexy studs to watch on film, in relationships just like ours? 😉 END_OF_DOCUMENT_TOKEN_TO_BE_REPLACED

Some of the most famous and inspiring Asian men in this world also happen to have non-Asian wives (women like me). Even though they’re not all Chinese, they’re worthy of a shout-out. Here are my five favorites, in alphabetical order (by family name):

Who says a Nobel-prize-winning Chinese-American physicist can’t rise in the world of politics? Steven Chu’s prominent role as US Secretary of Energy — as well as his vocal advocacy for renewable energy — defies the usual stereotypes about Asians in the sciences, especially someone with his accolades. He’s married to Jean Fetter, a British-American and Oxford-trained physicist. END_OF_DOCUMENT_TOKEN_TO_BE_REPLACED

So, here’s a list of all the books I can think of with Chinese men and Western women in love:

As Katherine struggles to care for two children in New Zealand in the wake of her husband’s death, she discovers love with the Chinese shopkeeper — but must keep it secret because of the racism and prejudice of this era, just on the brink of World War I. END_OF_DOCUMENT_TOKEN_TO_BE_REPLACED