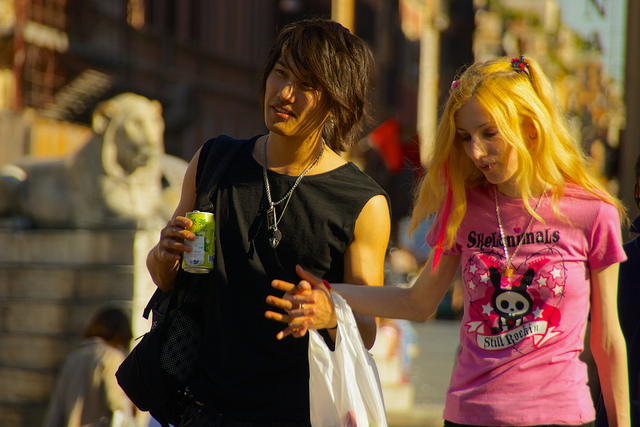 A few weeks ago, I received an e-mail from a reader in Singapore I’ll call “Tom”, who wrote:

First of, thank you for spending the time and effort to share your unique marriage experience. I have been reading and digesting what you have posted thus far.

However, as a Chinese Singaporean, I find myself caught in between the Chinese and the Chinese born and raised in a Western country. There is a lot of talk about these two groups but I feel left out of the conversation. A lot of hurdles that a White female may face with a Chinese seem to be almost non-existent when it comes to the sizable number of Chinese Singaporean men who come from english speaking families, and are highly educated with good and stable jobs. Such families tend to not be overly traditional and live out western values in their daily lives.

I am adamant that I would so much happier if I could have a life partner that has the qualities of a western female. Softness and meekness, and even home cooking, believe it or not, isn’t all that endearing to me. I want a girl that behaves as if she has life in her! I want a life partner, not a little girl. If I don’t give this a shot now I may settle for someone “lesser” in my mind’s eye. If I wanted to settle I would have years ago.

Tom’s e-mail also reminded me of an article in the World of Chinese about dating Chinese men, which mentioned:

Dating a Chinese guy has never been a hot topic to discuss with my friends. Some of these, I have found, have been harsh and unfairly judgmental. One even tried to warn me: “Don’t even think about it.” Their reason: they simply found the cultural differences too large.

When the author describes her judgmental friends, I’ll be willing to bet they have a very fixed and limited idea of “Chinese men” and subsequently what it means to date them. Chances are, not a single one of these women could imagine a guy like Tom.

There is incredible diversity when it comes to Chinese men — and more often than not, it looks completely different from the stereotypical images you hold in your mind. As an example, just look at these posts by China Elevator Stories, Sara Jaaksola, The Mandarin Duck, and Ember Swift about their own husbands, who are all so unique in their own right!

It’s almost crazy that things like this even need to be said. But then again, it is crazy that a lot of women come to China and then automatically cross Chinese men off the “dateworthy” column in their minds, as that World of Chinese article mentioned (a phenomenon I’ve sadly observed as well).

So ladies, don’t always assume he’s too conservative or traditional for you to date just because he’s Chinese and you’re an independently minded Western woman. For all you know, he could be like Tom.