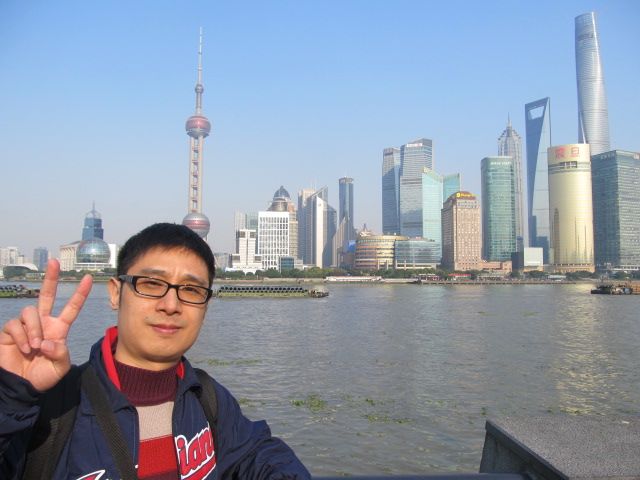 A few years ago, I discovered one of the most striking headlines about Asian men as marriage partners: “China surpasses the world in yet another category: Quality husbands/Shanghainese husbands are renowned as the best in China, and maybe the world.”

The exception is when the term is used to describe men in Shanghai — guys who don’t just shop, wash and cook, but famously do so without complaint….

When shopping with her Shanghainese boyfriend or husband (yes, Shanghai men shop, remember “ma” from point number one?) the Shanghai female doesn’t need to carry any bags, including her own petite purse….

The relationship between mother and daughter-in-law is like an active volcano in the Middle Marriage Kingdom. But the Shanghai husband’s legendary tolerance can single-handedly turn a lava flow into a pile of dead ashes, or a volcano to be enjoyed and admired like Mt. Fuji….

Shanghainese men simply see it as their responsibility to provide their families with a wealthy life. Their outlook is, “I’ll make all the money and deal with all the ‘bei ju,'” a trendy Internet phrase in China meaning “everything tragic.”…

As much as I’m fascinated by this idea (when was the last time you heard anything positive about Asian men in the world of dating and marriage?) I find myself torn about how to feel about it. After all, the superiority of Shanghai husbands rests on some reasons that come across as potentially emasculating – the last thing any group of Asian men needs in this world.

Being renowned for, say, your prowess in the kitchen and doing housework doesn’t exactly scream “macho man”. While my feminist side loves a man who shares in the chores and kitchen duty – like John – I know it’s not going to boost the image of Asian men around the world. Asian men have been shackled with some of the most degrading racial stereotypes (particularly that one about a man’s, well, you know), casting them as the sexless pariahs of the dating world. As Alex Tizon wrote in his powerful memoir Big Little Man, “In the America that I grew up in, men of Asia placed last in the hierarchy of manhood.” Doesn’t the supposed supremacy of Shanghai men – based on their talents in the home, kitchen, and carrying women’s bags – just make things worse?

Then again, should we measure Shanghai husbands against Western ideals of what makes a man a man? After all, it’s the Chinese who first noted – and praised — the greatness of Shanghainese husbands. I’m reminded of how Alex Tizon wrote about the Chinese ideal of Wen Wu (文武) regarding masculinity in Big Little Man:

For the past two thousand years in China, you could not be merely a tough guy to be considered an ideal man. You also had to be scholarly, poetic, and wise. The manliest of men were philosopher-warriors, and more philosopher than warrior. A cultivated mind was more highly esteemed than big biceps or deft swordsmanship.

Or, in the case of the Shanghai husband, a cultivated man who cares for his wife, family and home in very practical and tangible ways.

I oscillate between both of these sides, never quite satisfied with either – and ultimately, never 100 percent a cheerleader for the superior Shanghai husband.

However, there is one husband whose side I’ll always be on – mine. John is from Hangzhou, not Shanghai. Sure, he does his share of the housework, helps in the kitchen, and always carries my bags when we shop. But he also lifts weights, is really sexy, and has an awesome sense of humor (he tells better jokes than I do, even in English). He defies categorization. And to me, he’ll always be the greatest husband in the world.

20 Replies to “How should we feel about Shanghai men being great husbands?”