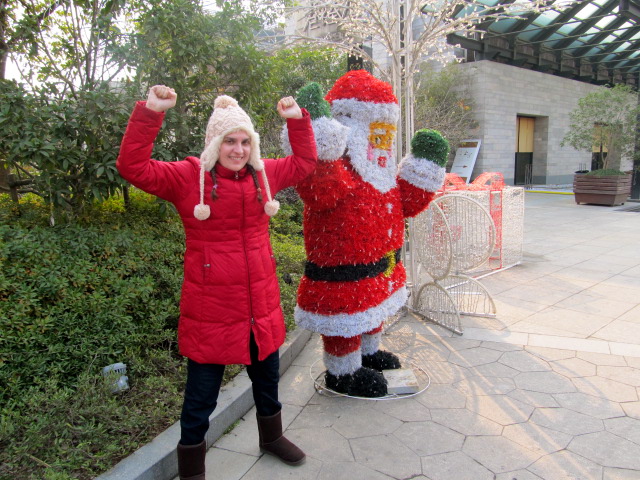 This year marks my third consecutive Christmas I will have spent in China since moving back here in November of 2013. I’d love to say it’s all tinsel, glitter and joy — but as I’ve learned over the years, it’s not always easy to spend the holidays in a country that doesn’t celebrate them.

Add to that the fact that I’ve come down with the flu twice this month (maybe three times — my throat is feeling scratchy as a I write this) and you’ve got a holiday season that really doesn’t have much of a holiday feel to me. Sigh.

That said, I know I’m not alone in this feeling.

Last year when I wrote about The Ups and Downs of Spending Christmas Abroad (in a Country That Doesn’t Celebrate It), lots of you wrote in to say how much that post touched you. (And I was touched to see my words resonate with so many others.)

So this year, I’m once again sending you on to The Ups and Downs of Spending Christmas Abroad (in a Country That Doesn’t Celebrate It):

Initially, I had this perfect little holiday-themed post all sketched out to run today. It would snappy, upbeat and fun. Everything Christmas should be, right?

But after I let it sit for a day and revisited it, I realized it didn’t hit the right note with me. The thing is, I wasn’t feeling snappy, upbeat or fun.

I didn’t like the idea of having to force a happy face out there when it wasn’t the truth. The heaviness in my heart that weighed upon me as I stared at the computer screen told me I just couldn’t run that post in good conscience – not when I’m still facing my own share of ups and downs over spending Christmas in China, a country that doesn’t officially celebrate it.

Have yourselves a Merry little Christmas wherever you are in the world — and sending you hugs and understanding from China.

10 Replies to “On Having the Christmas Blues in China”