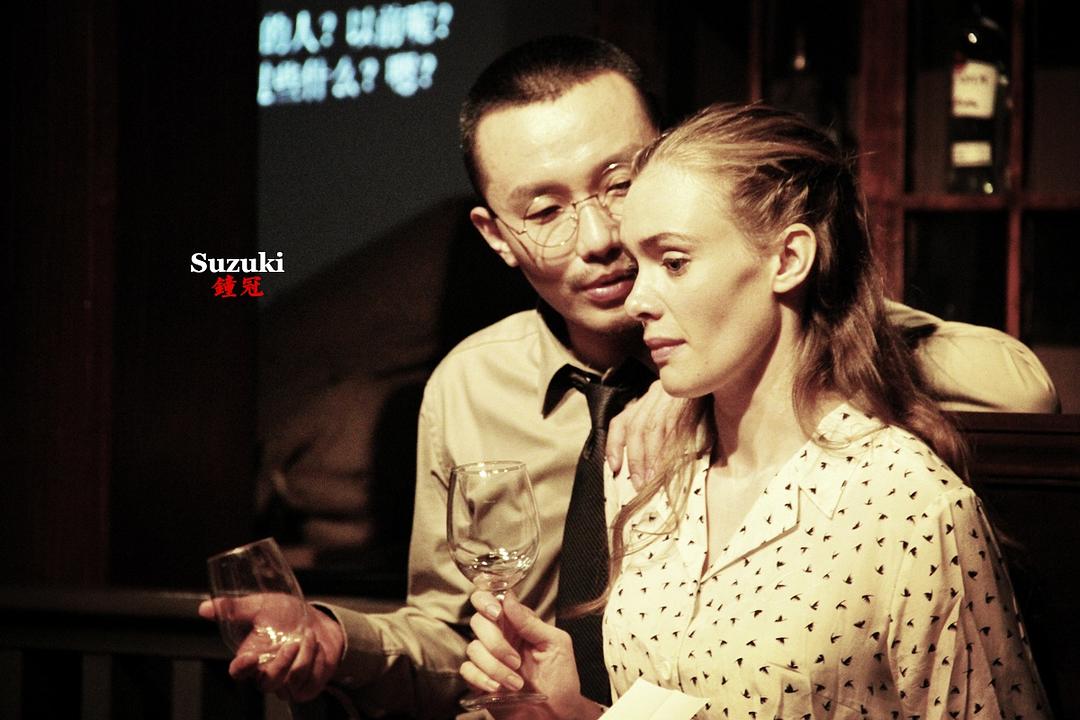 While doing some research for a recent article about Rachel DeWoskin’s new book “Someday We Will Fly”, which highlights Shanghai’s Jewish settlement during World War II and Japanese occupation, I discovered there was also a musical drama set in the same era called “Shalom Shanghai“ (苏州河北 in Chinese). It centers on a love story between a Jewish woman and a Chinese soldier, and the complications they faced in the tumultuous times. Here’s the short description a few years back from China Daily:

A Chinese Casablanca, a difficult moral dilemma. 1943, in a Cafe run by a Jewish father and his daughter, came Jewish refugees escaping the Holocaust, Japanese officers in love with western food and beauty, and underground Chinese fighters getting medicine for their comrades. Suzuki pursued Shana, who couldn’t afford to offend him but had in her heart only Song Yao, a Chinese resistance fighter. She had to decide whether to follow her heart or sacrifice herself to save her father. Song Yao was drawn to Shana, but he had a mission he could never overlook. And there was also Ying, a childhood friend and comrade… The story unfolds in English and Chinese, integrating popular Jewish, Hollywood and Chinese melodies from the period.

The only other English-language article I uncovered about this drama appeared in Shanghai Daily, with the title ‘Shalom’ delves into romance during chaotic era. Here’s an excerpt:

Based on a script written by William Sun, a professor with the Shanghai Theater Academy, the bilingual show portrays a love story between Jewish girl Shana and a Chinese soldier. Things become more complicated when a Japanese officer also courts Shana.

Sun says the drama’s scenes are set in a Jewish-run cafe along Suzhou Creek. It explores the intersection of Jewish refugees, Japanese officials and Chinese people co-existing in Shanghai during World War II. It also depicts the life and friendship between local people and the Jewish community during a turbulent period of history, despite differences in language and culture.

The drama actually had performances at the Shanghai Jewish Refugees Museum (pictured in this article in Chinese).

Have you seen the musical drama “Shalom Shanghai”? What do you think about the Jewish-Chinese love story at heart of the work?