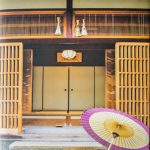 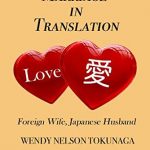 Among the many dark, discriminatory chapters in American history, there was a moment in time where my marriage to Jun, a Chinese citizen, would have cost me my American citizenship. As reported by NPR:

In March of 1907, Congress passed the Expatriation Act, which decreed, among other things, that U.S. women who married non-citizens were no longer Americans. If their husband later became a naturalized citizen, they could go through the naturalization process to regain citizenship.

Could you imagine the gut-wrenching choices confronting women of this era who fell in love with foreigners? They included Mae Franking (the subject of Mae Franking’s My Chinese Marriage as well as part of the book Eurasian), whose decision to follow her husband to China was clearly precipitated by the harsh and xenophobic policies of the era (a time when the Chinese Exclusion Act was still in full force). Had I met Jun during that time, would I have had the same courage and devotion to sacrifice my American citizenship in the name of love?

But here’s what’s even worse:

…none of these rules applied to American men when they chose a spouse.

“It’s as though she walks under his umbrella. He puts his arm around her and poof! she’s a citizen,” says Linda Kerber, a professor who teaches gender and legal history at the University of Iowa. “She has had the good sense to come out from these monarchies and opt for an American. She’s a sensible woman, we adore her.”

“Whereas an American-born woman who marries a foreign man, oh my goodness, she is disloyal,” Kerber said.

Doesn’t this just reek of entitlement? The idea that American women must only make themselves available to American men, while the latter are more than welcome to “shop around” internationally for their spouses.

This shameful, double standard of a policy persisted until 1940. That’s more than 30 years that American women were forced into a decision nobody should have to make – your passport or your partner.

As fortunate as I am that I was never presented with this choice, the fact that it even happened should make us pause. After all, xenophobia still remains a virulent force in our society today, from Muslim bans and Islamophobia to the continued fears about China. Once you’re willing to oppose the entry of certain foreign individuals to your country, it’s not that short a jump to the draconian Expatriation Act.

We must all remain vigilant and committed to the words of the late Martin Luther King, Jr. — that “injustice anywhere is a threat to justice everywhere.” We must all remember it wasn’t that long ago that marrying foreigners cost American women their citizenship.

I just came across this book Grace an American in China with a foreign woman marrying a Chinese man in the 1930s and going to China. I thought it was pretty cool that they had their relationship then…wow that must have been so hard!! So I wondered if you knew about other actual women like her that married Chinese in the past?

I sure do. You might call them our “yangxifu grandmothers,” the Western women who paved the way for the rest of us to love and marry Chinese men (and often at great cost to their own lives). Here’s a list of six prominent women I know of — including Grace: END_OF_DOCUMENT_TOKEN_TO_BE_REPLACED

So, here’s a list of all the books I can think of with Chinese men and Western women in love:

As Katherine struggles to care for two children in New Zealand in the wake of her husband’s death, she discovers love with the Chinese shopkeeper — but must keep it secret because of the racism and prejudice of this era, just on the brink of World War I. END_OF_DOCUMENT_TOKEN_TO_BE_REPLACED