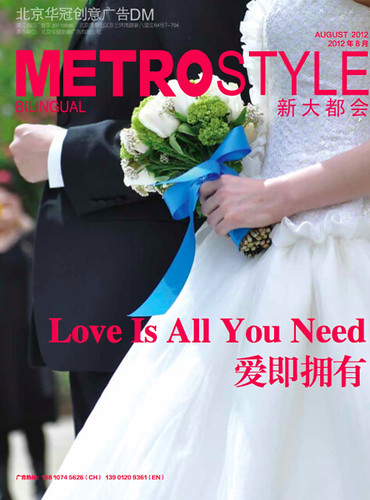 The bilingual MetroStyle Beijing magazine just featured me — as well as fabulous fellow blogger Jo Gan of Life Behind The Wall — in their August cover story titled Love Is All You Need. Here’s a snippet of the article:

Jocelyn is confident that the attitude towards dating Chinese men is changing. “I know we’re probably still nowhere close to closing the cross-cultural relationship gap that exists”, she explains, “(however) I once read a statistic that in 2009, of the 2,400 some marriages between Chinese and foreigners that year, only about 300 of them were made up of a foreign woman and Chinese man. But I really feel like Western women who, say, go to Beijing for a semester or to work, are not necessarily as likely to just write the whole idea off as they might have decades before.”

Thanks also to Nikki Aaron for reaching out to me for this story!

6 Replies to “Featured in MetroStyle Beijing August Issue, “Love Is All You Need””