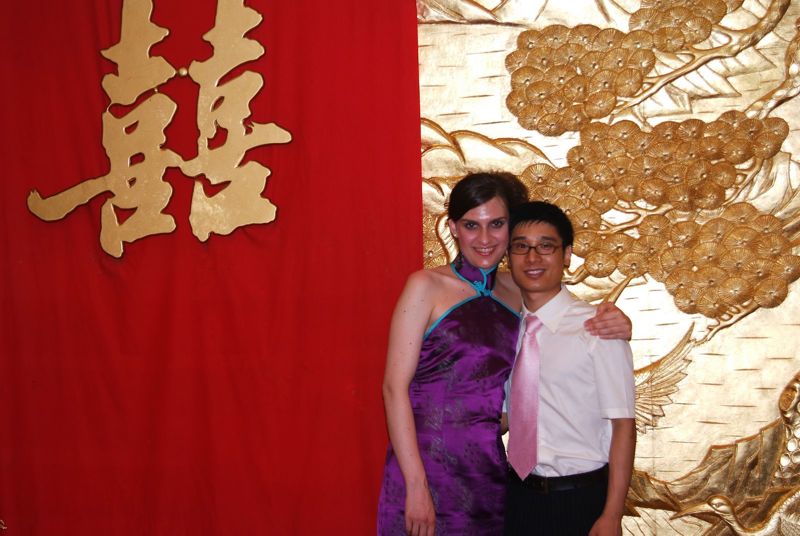 The other day, someone asked me during an interview, “Tell me about some cultural differences between you and your husband.”

You would have thought I had a million things to say on the topic. After all, that’s a big part of what I blog about – the cultural differences between interracial and international couples in China.

But in fact, I couldn’t come up with a single decent example! (Crazy, I know.)

I mentioned what I thought were a couple of good ones – from differences in diet (I’m a vegan, he’s not) to those explosive arguments that my husband and I weathered early on in our relationship. Instead, the woman talking with me laughed in a lighthearted way – the kind of laughter that tells you that you’ve veered off course. “But those are personality differences, not cultural!” she said.

My face started to flush red. Had I just completely bombed this conversation? There I was, mentally lashing myself, wondering why I hadn’t prepared examples for this very important topic ahead of time?

Afterwards, I couldn’t help replaying the whole conversation in my mind – especially the part about cultural differences. Was it just nerves that made me forget?

But then I considered the most frustrating cultural differences in my marriage. You know, the “big fat Chinese wedding” Johns family insisted we have, which completed exploded all my dreams of having a small ceremony at their whitewashed rural family home. Or the way John’s relatives can’t stop pestering us about when we’re going to have a baby.

That’s when I realized why I had stumbled all over that question. The most obvious cultural clashes in my marriage weren’t between me and John. They were between me and his family.

When you think about it, it’s not surprising. John and I have been married for over 10 years. Yep, there’s more than a decade of marital experience between us – and if you’ve made it as far as we have, you’ve already worked through the major kinks in your relationship, including the cultural stuff. Cultural clashes? That’s like ancient history to us. I can’t even remember the last time we fought over anything cultural. Seriously.

John’s family, however, is another story. I’ve written about challenges with weddings, things relatives say to us, pressure to have kids and more. And here’s the really interesting part – John feels that sometimes certain relatives don’t 100 percent understand him either.

John likes to say I know him better than anyone else in the world, even many close friends here in China. And you know what? I feel the same about him. He really gets me like no one else ever could — whether it’s how I can’t live without writing, my passion for birdwatching, or the fact that I secretly love really cheesy romantic comedies.

As for his family, god knows that’ll never happen. Which means I can expect a future filled with plenty of cultural conundrums.

(Now if I can just remember this for my next interview!)

P.S.: One thing I should add – it’s always important to recognize and understand your partner’s cultural background when you’re in an intercultural (cross-cultural) and international relationship. To learn why, check out my article on Why Ignoring Cultural Differences in Cross-Cultural Relationships is Harmful.

P.P.S.: To the interviewers, if you’re reading, thanks for the opportunity — and for making the conversation a great one!

P.P.P.S.: To everyone else, if you’re curious about the interview (as in, who did it and where it’s going to end up) stay tuned in to my blog for some news later this month! 😉

29 Replies to “How Could I Forget About the Cultural Differences in My Intercultural Marriage?”