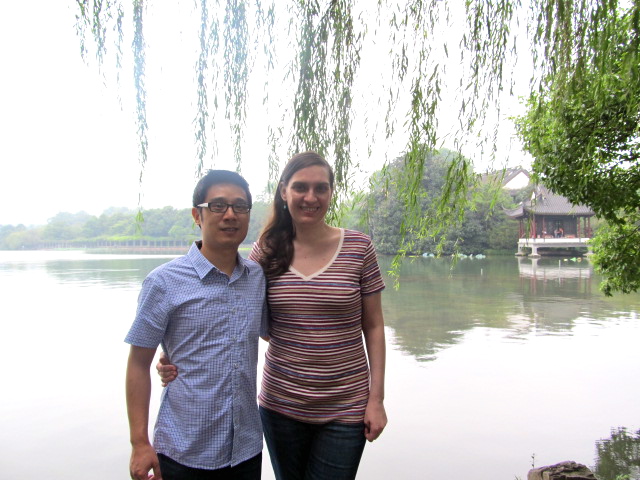 Earlier this month, Rosalie (the blogger behind Rosie in BJ) publicly explored some of her own prejudices in a post titled, “Why Did I Assume I’d Never Find a Man to Date in China?”

As I was reading her article, I suddenly realized that I too had a pre-China backstory worth sharing – one of relationships that never came to be, and what ifs that point to my own prejudices. So here goes:

“You don’t have to worry about the students falling in love with you.”

Before I embarked on my first trip to China, where I would teach English at a college, I met up with one of the former teachers several times for dinner or drinks. And when the subject of student crushes came up – something he had been forced to navigate very delicately – he negated the possibility of anything similar happening to me.

Of course I didn’t question his words. Hadn’t I already envisioned my year-long assignment much like a vow of chastity? I spoke to friends of my interest in studying Tai Chi over there and visiting some local temples, as if I were about to spend my months as a nun instead of an English teacher. It was an opportunity to travel to a new country, a way to postpone my post-graduate dilemma regarding career decisions, and nothing more than that.

Or so I thought.

Then I moved to Zhengzhou, China – and found myself with a crush on one of the first guys I met there, a former student from the program I would teach for. Over a month later, he introduced me to his friend, a guy who was also a former student – and would become so much more to me in the weeks that followed:

Yao came into my life, in all of his sleek, sexy and sullen James Dean perfection, dressed in a black leather jacket as dark as his mysterious melancholy. When my heart raced after our first dinner together, I thought it was just another adolescent crush. Embarrassed, I wanted to just box my feelings away like all of the Barbie Dolls and little girl hairclips of my past.

Then he took me to that teahouse one Sunday afternoon. Over two Taiwanese bubble teas, the truth bubbled through to the surface of my own heart — I loved him with an uncontrollable depth that plunged far beyond the bottom of my tea cup. And, I began to realize, so did he, because he overflowed with confessionals that he had never before poured over with anyone else.

Not long after, our our passions percolated over into romance — a real boyfriend/girlfriend love that translated into steamy weekends at his apartment, hand-in-hand walks around the gardens of Zhengzhou University, and the occasional afternoon out at the Taiwanese teahouse, his favorite in the city. Bubble tea never tasted so sweet.

In his arms, it was so easy for me to forget that I had once secretly declared this year a lonely one without a single chance for dating. And it was also very easy for me to turn a disdainful eye to my female coworkers at the school, all Americans who had no interest in the local men.

I couldn’t help but wonder, why did I assume that I would be single in China? Why did I think I would never date Chinese men? Was it merely that I grew up in an incredibly white middle-class suburb (I could count on one hand the Asian men I knew from kindergarten to high school graduation)? Was it the overwhelming absence of positive images of Asian men in the whitewashed world of American popular culture?

I think back to my college years, a time when I met many foreign Asian men – including Japanese and Cambodian. I called many of them close friends, yet why did I never let them get any closer to me? Why did I always immediately relegate them to the “friend zone” and nothing more? Why did my white girlfriends and I only giggle over white celebrity heartthrobs in high school, like Tom Cruise?

All I know is this — in China, I found the sexiest and most amazing men that I had ever known. I ended up marrying one and I’m still crazy in love with him. (Thank you, John!) It took crossing an entire ocean and time zones to realize that my assumptions about dating in China were a lie.

31 Replies to “Why Did I Assume I Would Stay Single in China?”