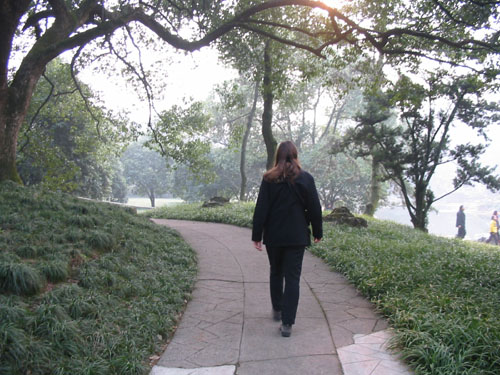 “Do you realize how you hurt Frank?” Xiao Yu, one of my coworkers and friends from the Internet company, confronted me one afternoon, nearly a week after my birthday party. He didn’t even have to point a finger at me — I could feel the judgment in his large, almond eyes, framed by a mane of short hair parted severely down the middle. “You flaunted your relationship in front of Frank, who sat right next to you. You even let him photograph you and John together.”

As I listened to Xiao Yu chastize me, I realized one thing: I’d never thought about Frank that evening.

I hadn’t even thought when I received a short message from Frank the day after my birthday. “Was that guy your boyfriend?” he asked, Chinese.

“Yes, he is my boyfriend.” I typed the characters out thoughtlessly. Frank asked me a question, and so he deserves an answer, I thought. But it wasn’t an altruistic act. And neither was the way Frank stonewalled me and pushed me aside as he left the elevator, I recalled.

But, when I sent that reply, I didn’t realize the truth — that I was giving away something Frank never asked me. Frank accidentally sent that text message to me.

“He was probably pursuing another young lady,” Xiao Yu surmised. If Frank was after another girl, then why should I care if he knows about John? I thought. I’ve moved on, and so has Frank. How could I possibly have the power to hurt him anymore?

Xiao Yu thought I did. “You should speak with Frank sometime.”

But how to speak with Frank? Our friendship had stagnated in the wake of birthday, and careless text message. He never looked at me, or talked to me, or even acknowledged I was sitting beside him. To Frank, I could have not been there at all.

And, in truth, maybe I wasn’t — because I was with John now.

I don’t know why Xiao Yu pushed me so hard to make things better. How could I? Exes just don’t make good friends in China.

Did you discover the difficulty of remaining friends with your ex-Chinese boyfriend or ex-Chinese girlfriend?