Yes, Virginia, there’s a Cinderella with blasian love. And this diverse 1997 Disney TV version still wins hearts, and stands as a groundbreaking example of how to adapt fairy tales for modern audiences.

Known as Rodgers and Hammerstein’s Cinderella, the 1997 Disney musical film cast the R&B wonder Brandy, who had shot to stardom early in the decade, in the titular role, with Filipino-American actor Paolo Montalban as Prince Charming.

As we all know, representation matters, and this film exemplifies that idea. In playing Cinderella for this movie, Brandy also was the first-ever black Disney princess, a point hailed by many. You could surely say the same for Paolo Montalban, who had a truly crowning moment as Disney’s first Asian prince in a movie. In both cases, the movie gifted young people of color with actors that looked like them, finally riding off into the sunset on their own happily ever after.

Beyond being the first instance of a black woman playing Cinderella opposite an Asian Prince Charming, it also stands out as one of the first times (if not the very first) that Disney featured interracial love in a fairy tale. (Twice, actually, since Whoopi Goldberg plays the queen and Victor Garber the king.)

Did I mention this also stars Whitney Houston, who dazzles in every sense of the word as the fairy godmother?

I slipped into this movie for an hour and half during the weekend, and emerged feeling noticeably hopeful and lighter, as if that fairy godmother had touched me with some of her magical stardust.

If you love musicals and fairy tales, or perhaps could use a little time to dwell in an onscreen happily every after, Rodgers and Hammerstein’s Cinderella makes for fine entertainment. You can watch the whole film in its entirety online.

What do you think about Rodgers and Hammerstein’s Cinderella?

Across the world, front-line workers in many places, including communities, have played a pivotal role in fighting against the COVID-19 outbreak. And here in China, they include foreigners such as Laura, or 龙小西 (lóng xiǎo xī), a Spanish woman who serves as a front-line volunteer in her community in Shunyi district, Beijing, where she also lives with her husband, a Chinese national.

I actually know Laura myself, as we’ve met up a couple of times during social gatherings here in the Beijing area. What a delightful surprise to see her on TV!

Here are a few excerpts from the interview with Laura, where she’s speaking in English:

I saw all the colleagues from the management, they’re really busy, the compound has a lot of activities. And they need someone who can help them for the English translations, and also with the door service. So I decide to join the team.

Actually I thought because in this moment is when we need more people helping each other. And you just need to wear your mask and your gloves and keep your hands clean and follow all the protection regulations, so you can help.

I think it’s totally safe nowadays, because everybody put a lot of effort (in) to make it safe. You can see every day in the compound people are wearing masks, going outside with the masks, with gloves, keeping the social distance. It’s really important. We have to keep on doing this until the situation improves.

With her amiable smile and initiative, Laura serves as a reminder that many foreigners who live in China are doing their part to support the nation they call home during the COVID-19 pandemic. You can watch the full segment featuring Laura (which begins at 3:51 in the video) online. And if you like it, share it!

In 2009, when I first began blogging about my interracial relationship – and how it wasn’t so common in China – I wasn’t aware of any acronyms to describe it.

Then I discovered AMWF, AMXF and WWAM. Nowadays, these acronyms have become powerful connectors and tags that have given rise to new communities.

That of course, leads to new questions. Such as, what’s the right one to use? And should we even bother with all the labels?

I’m not exactly sure when I learned about AMWF, which most people refer to as Asian Male, White Female. But what I do know is this — AMWF is probably one of the most popular acronyms out there to describe the very relationship I have with Jun. He’s an Asian man, I’m a White woman.

So it’s not surprising, then, that many people have blogged about AMWF relationships.

One of the most popular was penned a few years ago by Grace of Texan in Tokyo, who wrote about the good, bad and ugly of our relationships. Blogger Anna Reco has shared many love stories of AMWF couples, including this one advising other couples they’ll need patience, understanding and the will to go on. Meanwhile, Laura, who blogs with me at WWAM BAM, penned a post about the influence of race in our relationships, and Autumn at When West Dates East even devotes an entire tag to whether couples like us “can survive the parents”.

Now, on this blog, I’ve diverged a bit when interpreting AMWF relationships as being “Asian Male, Western Female.” That’s because the perspective can be a little different over here in Asia.  I’ve developed a camaraderie with many women from Western countries around the world dating and/or married to Asian men. That includes women who are not White and also women who are Asian themselves but born and raised in a Western country (like my friend Michelle Guo, who is Chinese American and married to a man from China). For us, it’s issues of culture that often come to the forefront of our relationships.

But if AMWF relationships doesn’t work for you, here’s another option:

Enter AMXF, which stands for Asian Male, Non-Asian Female, and describes a wider range of women in interracial relationships with Asian men – including Black women, Latinx women and White women. While the acronym appears less often in internet searches, you can find it in a number of online spaces — from discussions in Reddit groups (on the idea of being woke in these relationships to reasons why there are fewer of these couples)  to forum posts to hashtags on Instagram to even Youtube videos like this.

So, just when you thought we couldn’t possibly stir up the alphabet soup of acronyms to describe our relationships, here’s another: WWAM (Western Women, Asian Men) relationships.

The term WWAM first emerged a few years ago when it became attached to the name of a virtual community in China, uniting women from Western countries who happened to have Chinese boyfriends or husbands. The community grew and so did people’s identification with the label (some even calling themselves WWAMs).

As I mentioned above, we gravitate toward the term “Western women” because cultural differences often loom large in our relationships.

I personally feel it depends on your perspective and what feels most comfortable (and descriptive) to you. There’s not necessarily one right answer.

But then again, does it even matter? Should we care about labels – or identify with them?

Not everyone wants to categorize their relationship with an acronym like AMWF. After all, just because your relationship looks similar to others, it doesn’t necessarily mean you’re going to have a lot in common.

If you’d rather ditch the labels and find your community elsewhere, then I say more power to you. Nobody has to wave an AMWF or AMXF or WWAM flag in their lives, even if they happen to be in a relationship like that.

However, I’ve embraced AMWF and AMXF and WWAM for a very simple reason – because they allowed me to connect with other people who share many of the same experiences I’ve had. Whether that’s cultural differences in how people show their love or meeting the parents or even handling negative comments about our relationships. Some of my closest friends have come from the community. We meet up, chat, support each other in difficulty and even blog together.

Knowing them doesn’t mean I don’t have other “tribes” as well, circles of people who share other interests of mine (like reading books or hiking in the woods).

But when I think back to my first steps into China —  a time before the rise of social media, blogs and even video calling — I remember feeling so isolated as the foreign girlfriend of a Chinese man. I couldn’t even share it with my foreign coworkers (who actually said some openly racist things about Chinese men around the dinner table).

After years of that, finding the community was a revelation, the most universal and comforting of all. Finally, I wasn’t alone. 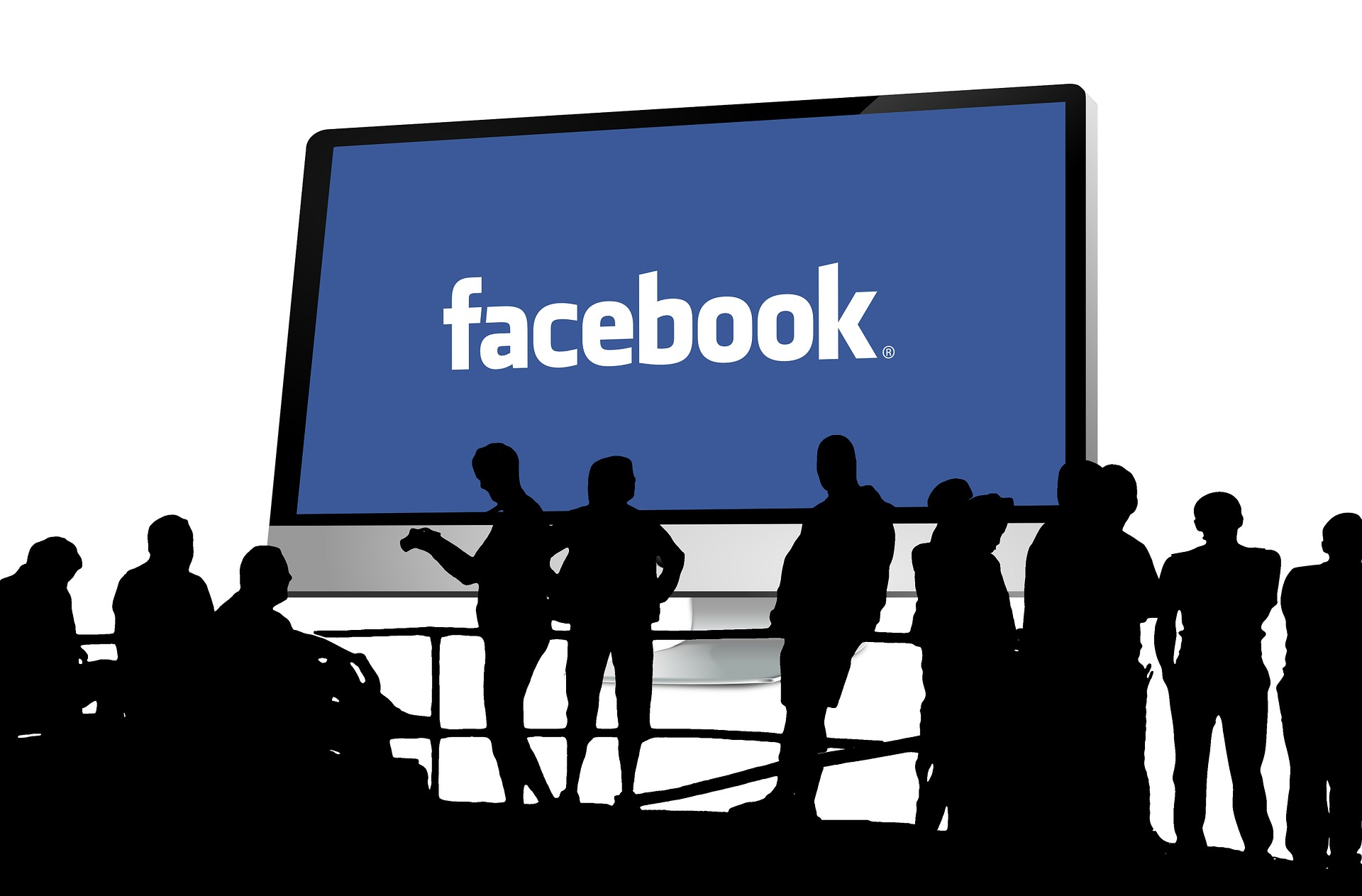 The group blog WWAM BAM! just published my post titled Should You Leave Behind Facebook and Its AMWF Communities?

While I’ve been following the news on Facebook and Cambridge Analytica, I was particularly inspired to write this post after hearing the most recent episode of the NPR show On the Media. They invited a number of experts on the show, who highlighted how Facebook, not Cambridge Analytica, ought to concern us more.

Then I started pondering how I’ve used Facebook to connect to the community — and whether or not I could leave, turning into this post. Here’s an excerpt:

Unless you’ve been taking a social media detox or avoiding the news, you’ve probably heard about the recent scandal involving the Facebook data leak. But while much of the spotlight has been on Cambridge Analytica, many experts are saying we should be far more concerned about Facebook.

So what does this have to do with the relationships we write about — such as AMWF (Asian Male, White Female), AMXF (Asian Male, Non-Asian Female) and WWAM (Western Women, Asian Men)? The many, many connections I’ve made on Facebook through the community.

I don’t know about you but I’ve long turned to Facebook to connect with many people in the AMXF/AMWF/WWAM communities.

Head on over to WWAM BAM to read the full post.

How about you? Have you thought about leaving Facebook?