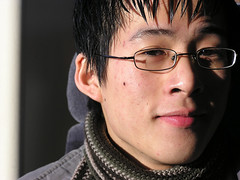 im from europe, i really like a chinese man, and he seems to like me, but i dont know if he will if he gets to know me better. we met in china at work, get along well, both in mid-twenties. but i am not a virgin. ive had many boyfriends before too.

im afraid if he gets to know me, he will think badly of me. ive heard chinese men cant accept a girl who isnt virgin. i really need advice — please help! and please dont use my name/email!

Thanks for the question.

Does sexual experience matter to a Chinese man? Yes and no.

Traditionally, Chinese would only tend to marry virgins. And, today, there are still Chinese men who expect their girlfriend to be a virgin. Still, as China opens, more Chinese choose to have premarital sex, and date a number of people before marriage.

But it’s one thing to have a sexual/dating history, and another to talk about it.

Why was he so angry? Because, in general, Chinese don’t want to know about their partner’s dating/sexual history.

Another point here is that foreign women, in general, get branded as jezebels that sleep around. It’s not a fair stereotype, but it exists. So, if you tell him about your past, it simply reinforces the “jezebel” image — and may make him cross you off the “potential wife” list in his mind. (Remember, Chinese men don’t date casually — they tend to date to marry.)

You’d do well to apply the current US military policy regarding gays — “don’t ask, don’t tell” — to your situation. He’s not likely to ask, because dating and sex are such highly personal topics in China. And you have no obligation to tell him that you’re not a virgin, or have had partners in the past. Believe me, he doesn’t want to know. And, if things get serious, he will probably never want to know.

So, don’t let your history get in the way of a good relationship. Just don’t tell him you’re a virgin, or you’ve had many boyfriends — leave it all in the past, and move forward.

Of course, that brings up the question — would he eventually figure it out? I don’t know, because I’m just a yangxifu. Better ask your doctor — or, better yet, Dr. Ruth. 😉

Do you have a question about dating, marriage and family in China (or in Chinese culture)? Every Friday, I answer questions on my blog. Send me your question today.

27 Replies to “Ask the Yangxifu: Does Dating Past (And More) Matter to Chinese Men?”