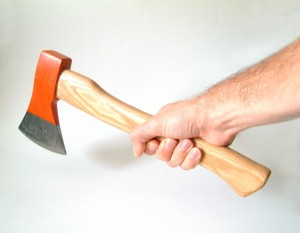 My job and visa in China got slaughtered during one brutal afternoon conversation.

Jing Ke, sent by the Yan State to assassinate Qin Shihuang (the despotic future emperor of the first united China, under the Qin Dynasty), knew he was heading to his own slaughter. He wrote, in his poem titled “On Yi River Ferry” (渡易水歌):

He knew the warrior — himself — would never come back. He knew what would happen.

I should have known my job at the Chinese Internet company would be slaughtered.

By early January, my contract had already expired. Yet, Mr. CEO refused to discuss my contract, shooing me away. “Sorry, I have other matters to attend to now.” He said something like this every time I breached the subject with him.

The secretary, who had processed my visa before, let my paperwork sit idle on her desk. By January 22, 2003, she had still done nothing — while I began to wonder if my visa was even valid.

But the most piercing evidence came from the company website. I opened it up on January 22, to find new English content written by someone else, instead of me.

Just as Jing Ke faced Qin Shihuang, so I faced Mr. CEO, the afternoon of January 22 — a standoff that felt more like a slow execution.

Mr. CEO sat behind his desk, hiding behind a poker-table smile, as he explained things. “The company may not want to continue our cooperation.”

May not? This was not a “may not” situation. You either have a job or not, assassinate or be assassinated. “I don’t understand,” I murmured, hoping Mr. CEO would not notice the trepidation in my voice.

“Well, I took an informal poll of your students, and only seven percent of them wanted to continue attending your classes.” Mr. CEO’s words were like a swift parry to my self-esteem. I had long doubted my ability to teach English. I had a difficult time my first year in China, with no teaching experience, and a class filled with mostly spoiled college-age kids who hardly participated or completed their homework. I didn’t fare any better when I had some teaching jobs on the side, before I entered the Chinese Internet company — the owner of the private school, after a while, stopped asking me to come. Why did I think it would be different? Why did I believe I could motivate this group of overworked sales reps — most struggling to speak English at all — to care about their studies, to work harder, to make improvements? I spent the most time during my weeks preparing for English classes. But maybe, like Jing Ke, I would still fail, in spite of my best.

Mr. CEO then continued, slowly killing my position, with words. “I don’t believe you have any other useful skills to bring to this company.” He smiled slightly, as if daring me to challenge him. And then, he did. “Maybe you could tell me what skills or capabilities you have that would make you useful to the company.”

He had me fenced in the corner, all but murdered. I wanted the bravery of a hero like Jing Ke, to advance without the fear of destruction. But I felt the destruction, choking me, and my value as an employee — and I stumbled. It didn’t matter what I said. I forgot my words immediately, only remembering the fear of sitting before this one-man firing squad — and Mr. CEO’s dismissive response. “None of that is really valuable to the company.”

But there was one thing really valuable to me — to my existence in China. “What about my visa? Won’t you be able to…uh…help me get an extension?”

“No,” Mr. CEO proclaimed, like an emperor denying clemency. “I don’t think the company will be able to help with that.” Was this the Mr. CEO that used to chat with me at the end of the workday — or the Mr. CEO who even invited me to dinner, to celebrate Thanksgiving?

Bang. I was gone from the company, never again to return to work.

I began bleeding tears and dashed from his office as I wondered over the three casualties that lay before me. I had no job, no visa, and — because the company technically provided it — no apartment.

Have you ever catastrophically lost your job or visa in China — or another foreign country?